News that takes the Cake

“That French Bakery in Millvale”  video by Rick Sebak WQED 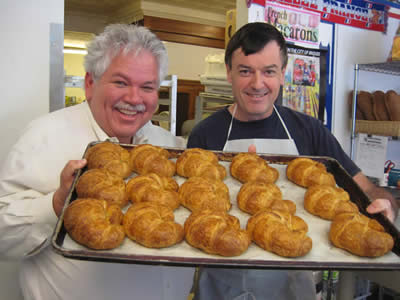 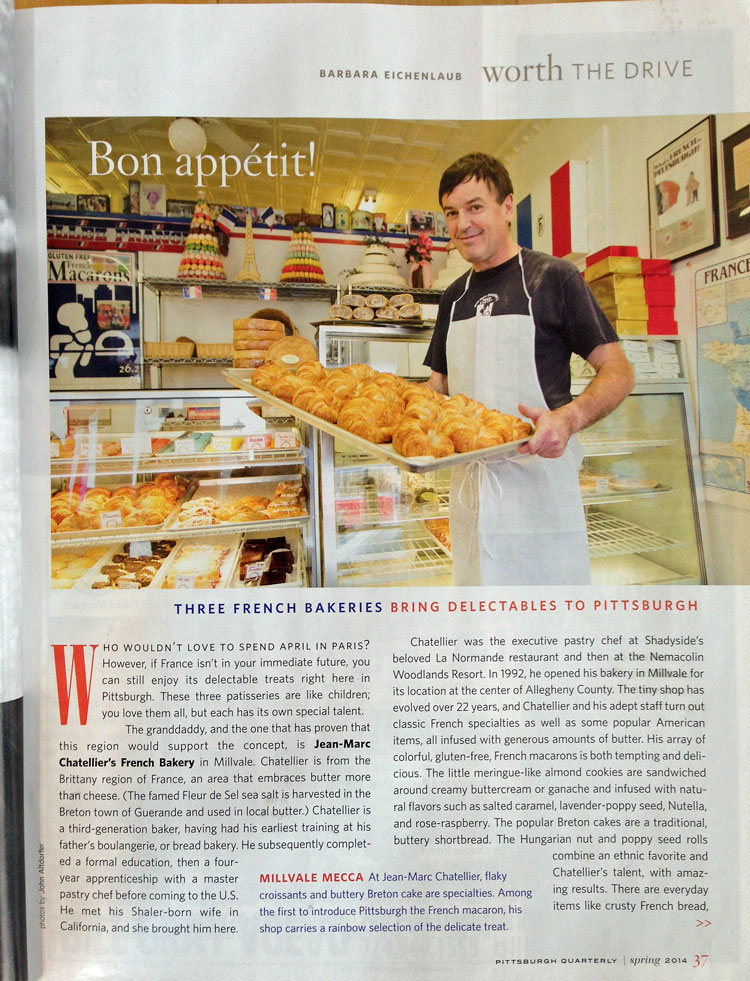 “In Paris, I would go to Ladurée, the famous bakery, and Chatellier’s is just as good,” – Nancy Seifert 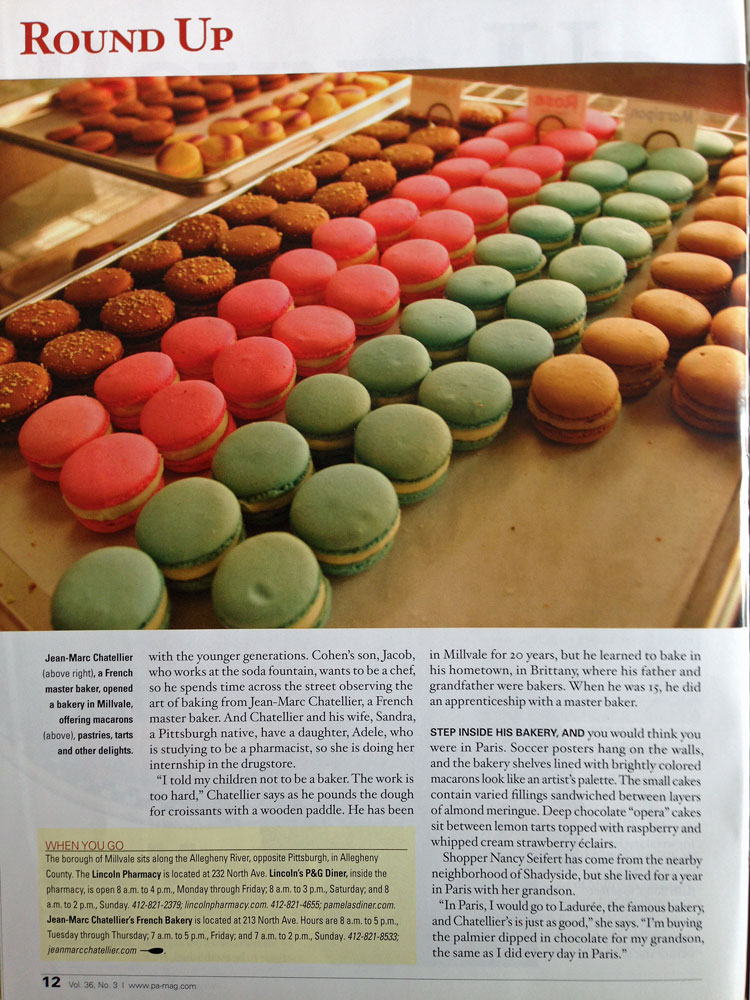 News through the years

Pittsburgh Magazine, Feb. 2012,  Kate Chynoweth  “Just as in Paris, his version is airy and densely filled with buttery layers—meltingly rich inside and crisp on the exterior.”

The Food Lovers Guide to Pittsburgh, Nov 2011, Pittsburgh Magazine, Lauren Bracey  “All the flavors at Jean-Marc Chatellier’s French Bakery are devine, but the salted caramel is particularly luscious, with buttery caramel oozing from between the crisp-chewy cookies”

On French Macarons, Jan 6, 2011, Pittsburgh Post-Gazette,  China Millman   “Sweet without being cloying, the almond meringue cookies sandwiched around a thin layer of rich buttercream are a wonderful combination of crisp and melt-in-your-mouth textures”.

On the Job: A taste of Paris in Millvale, Nov 26, 2007, Pittsburgh Tribune-Review, Brian C. Rittmeyer